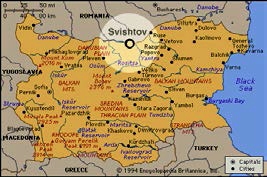 The location, the rich fertile land, the large river –these have all created favourable conditions for the settlement and construction of many villages around the territory of the present town of Svishtov. Archaeological excavations and funeral mounds in this area prove the existence of a number of prehistoric villages which were constructed during the Neolithic, Eneolithic and Bronze Ages. Many artifacts have also been discovered from the early Iron Age, when Thracian tribes settled here. The Roman town of Nove (Novgrad, Novo Selishte) was built on the foundations of an early Thracian village and existed for almost six centuries (from the first to the seventh century A.D). During the whole period of its existence, Nove has been a border crossing. When Claudius, the Roman emperor, was in power, the VIII Augustus Legion resided in Nove, and the First Italic Legion was also based there from 69 A.D. until the end of antiquity. The Roman and late Graeco-Roman town of Novae (Nove) is included in the list of the 100 most endangered cultural sites (http://wmf.org) in the world. The excavations of the Roman town of Novae are 3.5 km to the east of Svishtov. There has also been another, separate Roman village on the site of present-day Svishtov (in Kaleto place), that has had subsidiary functions regarding the 1st Italic legion in Nove. This village in Kaleto existed during the First Bulgarian Empire, during Byzantine rule, the Second Bulgarian Empire and the Ottoman rule. 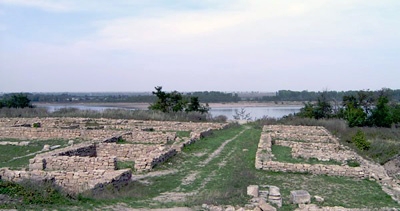 The mediaeval fortress of Svishtov – the Fortress of Rocky Peak (Kaleto) was built on the ruins of an ancient Roman tower. So far, some half-intact walls, reaching 7 m in height, have been preserved. An amphitheatre and a sun dial were built at the “Kaleto” park in Svishtov in 2005. This is one of the many parks in the town, which is the perfect place not only for rest, but also for various cultural events. At the beginning of the 19th century, the town had the reputation for being an important trade and educational centre. It is one of the busiest ports on the Danube and serves as a connection between Bulgaria and the West for the import and export of goods.

Svishtov is a town which has seen 100 original developments. Here are some of the most important ones:
• The first donation to a school was made in 1812 by Phillip Sakelarievich, who was born in Svishtov, but was trading in Vienna;
• Svishtov was the first town liberated from the Turkish yoke and the first civil administration was also established here;
• The first high-school of trade in Bulgaria was founded in Svishtov thanks to a donation by Dimitar Hadzhivasilev from Svishtov, and was built by the Austrian architect Paul Brant in the style of the famous high school in Vienna;
• The history of choral singing began in Svishtov, with the first Bulgarian choir being founded in Svishtov in 1868;
• The first Bulgarian cultural house was created in Svishtov by a donation from Kiril D. Avramov;
• Svishtov is the birthplace of the author of the first book printed in the modern Bulgarian language, Philip Stanislavov. The author of the Bulgarian anthem, Tsvetan Radoslavov and the great writer Aleko Konstantinov were also born here. 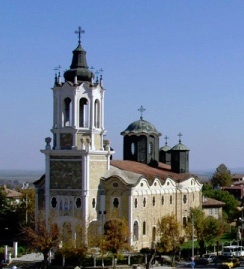 Svishtov is also well-known as the town of benefactors. There is no significant initiative, building, school, church or institution, that has not had benefactors supporting them via private donations: The Dimitar A. Tsenov Academy of Economics; The Dimitar Hadzhivasilev High School for Trade; The Kiril D. Avramov First Bulgarian cultural house (which is a theatre and museum today), and about 600 more benefactors appeared in Svishtov during the Bulgarian national revival alone.
Climate
The area’s terrain is slightly hilly, with level plains below. This, and the fact that the town is open to the north, means that air currents flow from the continent. Due to the continental character of our climate, summers are hot and dry whilst winters are cold with abundant snowfall.
Tourist information
The latest books and Internet sites provide the most up-to-date information on the historical and cultural heritage of Svishtov:
• SVISHTOV – Cultural and Historical Sights, Radko Radkov; Peti Donevski, 2007
• Достойно есть (Dostoino Est) – Svishtov during the 19th century to the first decade of the 20th century – personalities, events, facts, 2006; Yulia Nikolova 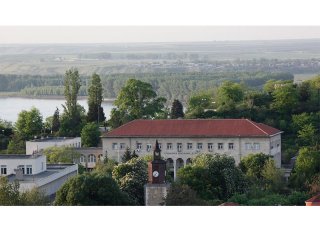 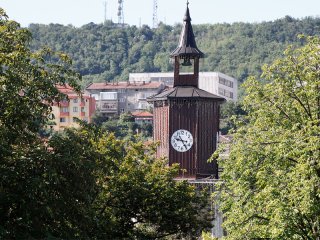 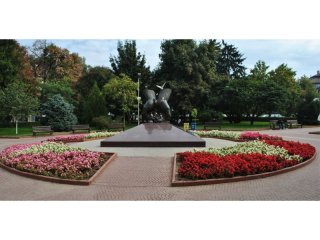 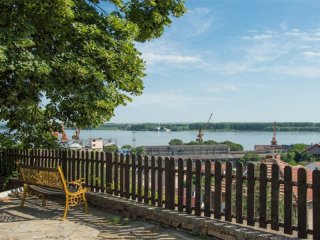 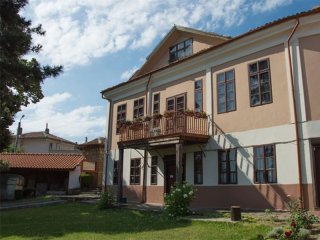 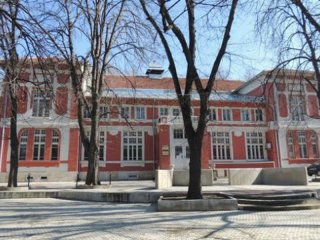 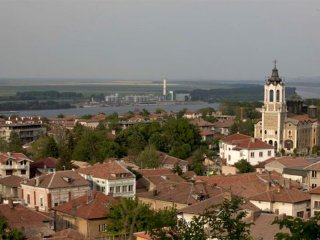 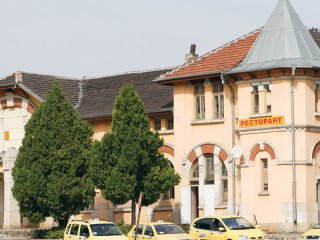