Alumni Club MIO - the gathering of graduates of the Department of International Economic Relations at Tsenov Academy of Economics, held its annual meeting on April 6, 2019 in Svishtov. Eight years after its foundation the Club continued to implement its goals with various events - to enable fruitful cooperation in the scientific, professional and social spheres between the Department of the same name and its alumni, as well as to carry out various educational events to foster the skills of its students. 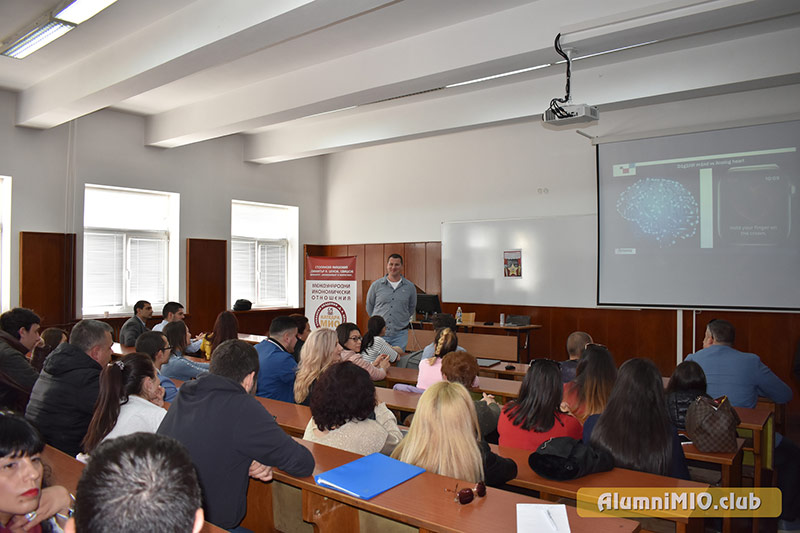 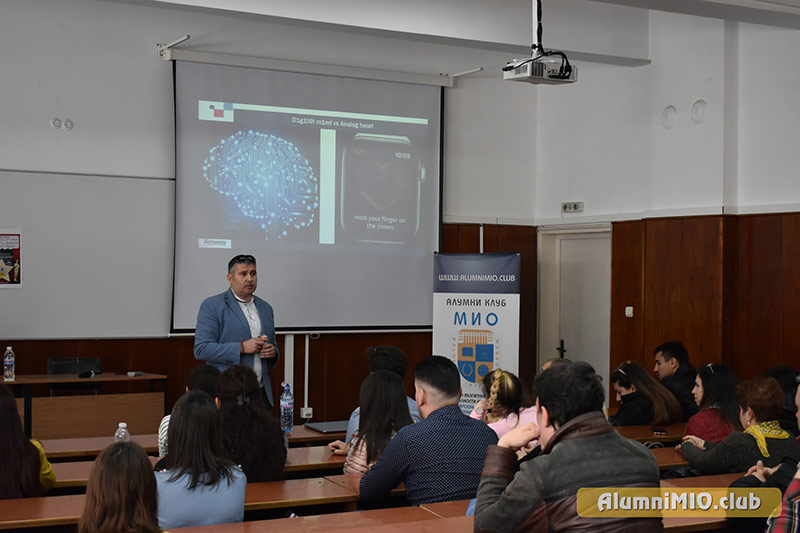 The program for the day began at 11:20 am in Hall 4 with a public lecture on “Digital Mind, Analog Heart” by Plamen Mihov, B.Sc. class of 2001, who holds the position of Senior Sales Account Manager at Amway Bulgaria. For one academic hour, Plamen revealed his views on the similarities and differences of generations as a manager in one of the largest direct sales companies in the world with a turnover of $ 8.8 billion for 2018, operating in more than 100 markets around the world. 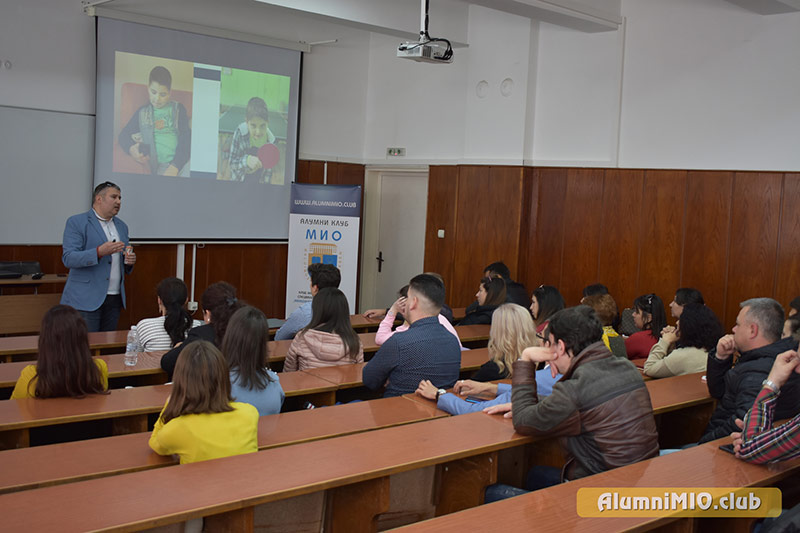 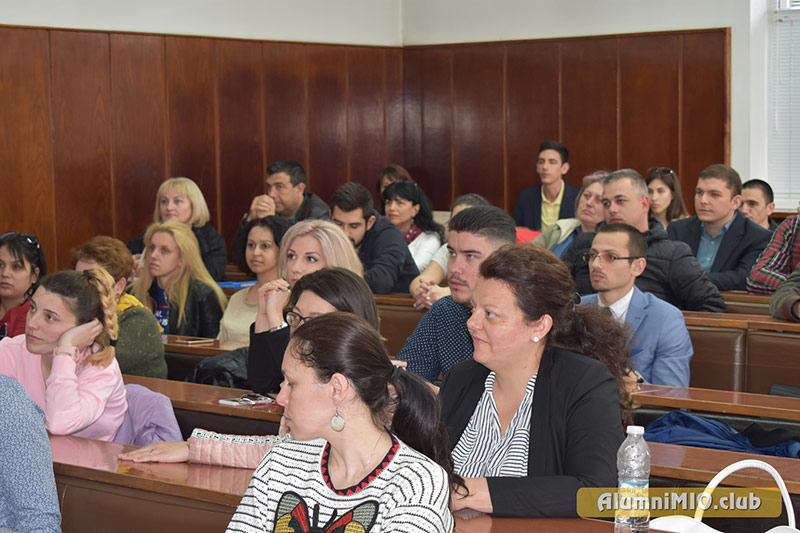 The next event was a training on “Business Intelligence - the Intersection of Business and Technology”, led by Ivan Ivanov, B.Sc. class of 2013, Business Intelligence Analyst & Tableau Designer. He began with a brief presentation on the types of data and skills that those wishing to work as “analyst” should have. The training continued with a demonstration of Tableau, one of the most widely used tools for modeling and analyzing databases. During the demonstration, Ivan showed how to work with a publicly accessible database and sought out how to respond to questions asked by department managers in a company (finance, resource, marketing, etc.). The topic was quite interesting to the audience - 3rd and 4th year bachelor students in International Economic Relations, alumni and guests, because some of them use such software in their occupation or relate to it. 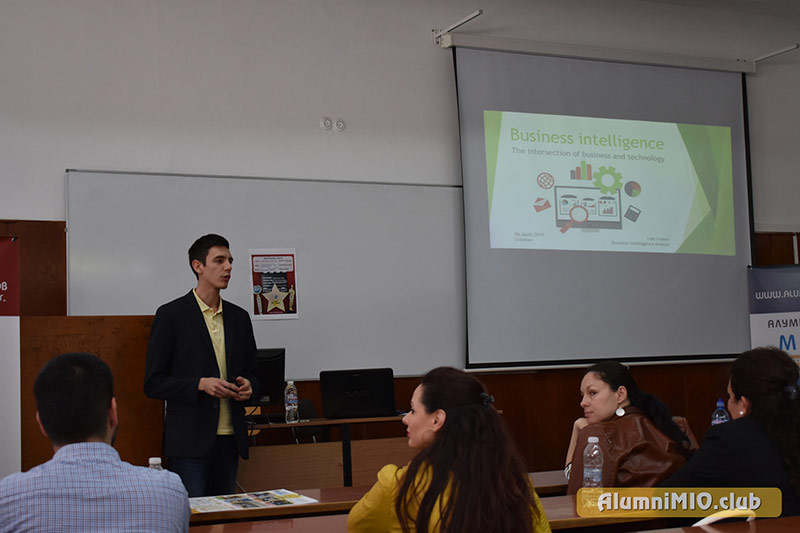 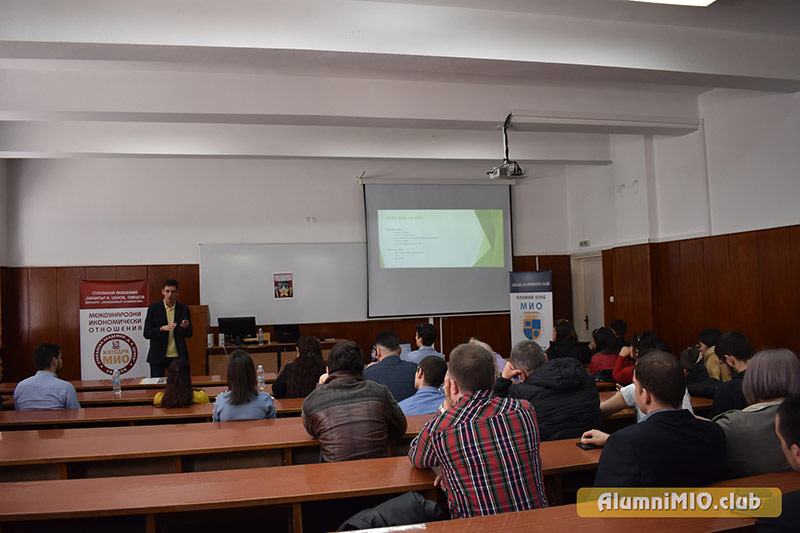 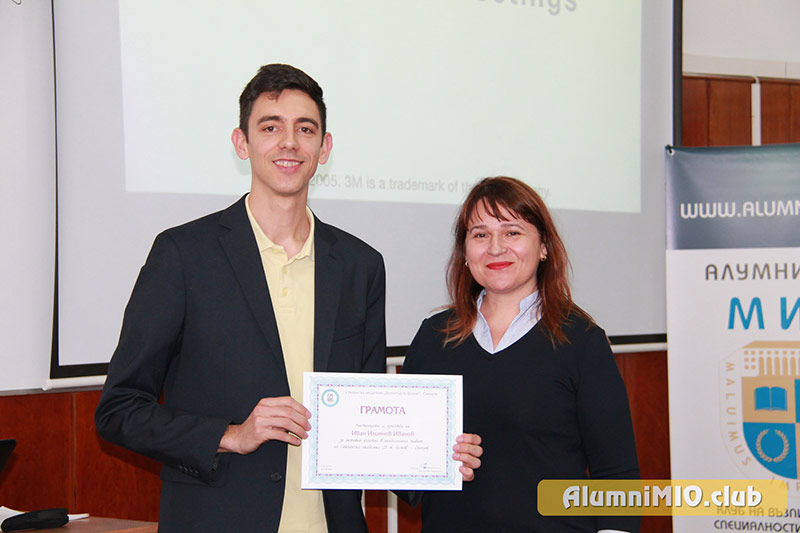 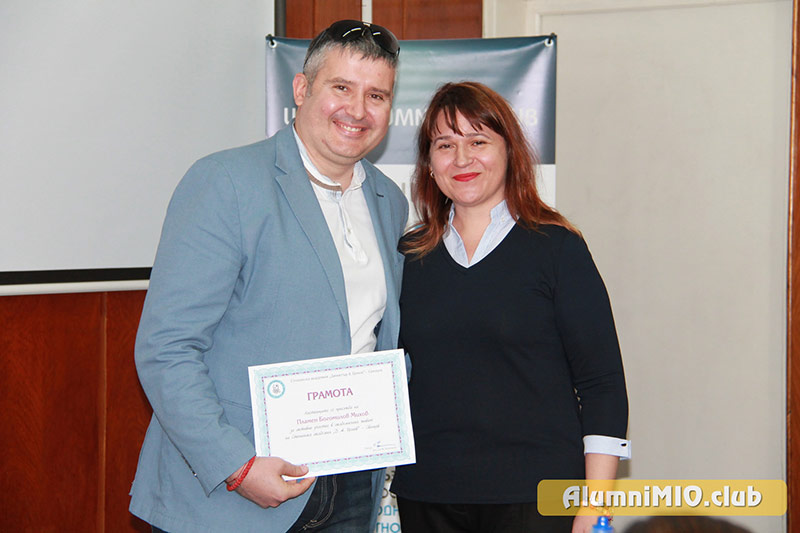 The public lecture and the training were part of the scientific calendar of the Department of International Economic Relations for 2019. 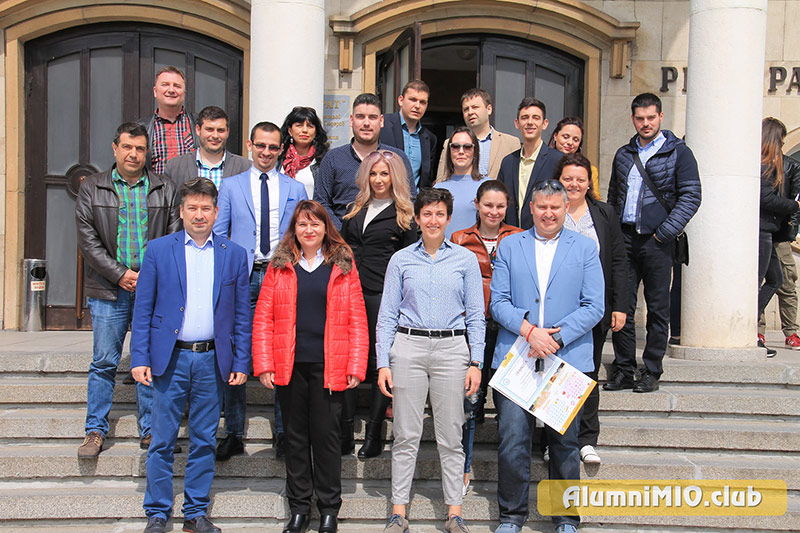 The afternoon continued with a basketball game held in the Sports complex “Svishtov”. Alumni and students split into two teams, dressed in jerseys specifically tailored in 2013 for the 20th anniversary of the Department. The players held a close 90-minute game where, with masterful performances for the “white” team stood out Galina Zaharieva (Assoc. Prof. Ph.D.), Zdravko Lyubenov (Assoc. Prof. Ph.D.), Yordan Yordanov (class of 2002), Yordan Neykov (Head Assist. Ph.D.), Margarita Mihaylova (doctoral student), Ivan Ivanov (class of 2013) and the honorary member of the Club and coach of the team Tsvetelin Borisov (doctoral student). 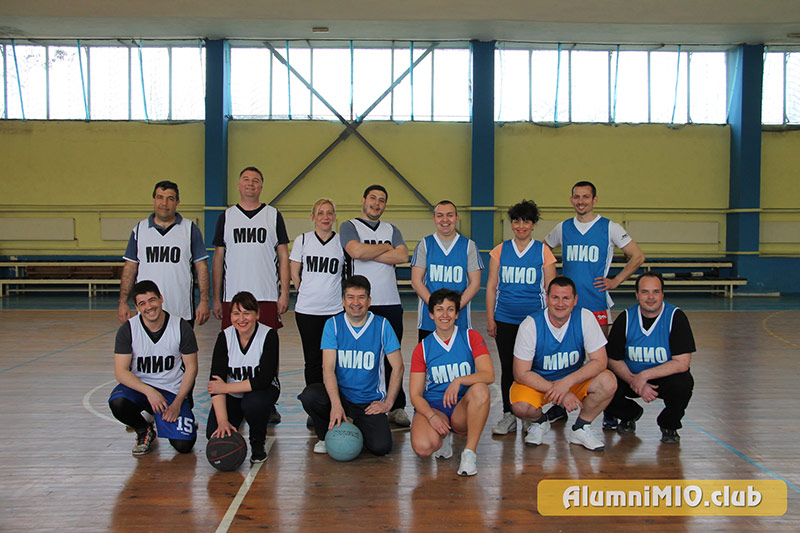 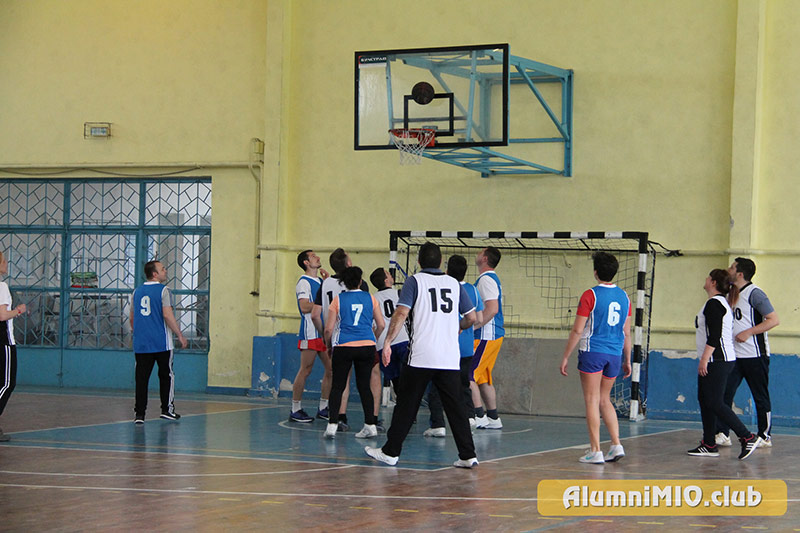 The “blue” team included Dragomir Iliev (Assoc. Prof. Ph.D.), Daniela Ilieva (Head Assist. Ph.D.), Nikolay Andreev (Head Assist. Ph.D.), Ivan Angelov (Assist. Ph.D.), Borislav Boyanov (doctoral student), Victoria Bouzinska (student) and Ivaylo Petrov (Head Assist. Ph.D.).
As far as the result is not important, the “blue” team holds the right for a rematch and the first ball next year!
On the evening of April 6 Hotel “Ivanov” welcomed the traditional Spring Ball of Alumni Club MIO. The theme of the event was “8 moments of spring”, dedicated to the Eighth Art, and provoked participants to portray themselves as their favorite TV series character.
The generally recognized “classification” of art is up to seven. Television, radio, photography, comics, perfume, even high fashion, commonly identify as the eighth art. We assume that television is a logical sequel to the series (in case the seventh art is cinema), so participants in the Spring Ball had the opportunity to experience the red carpet glamour, each having a special star with the name. 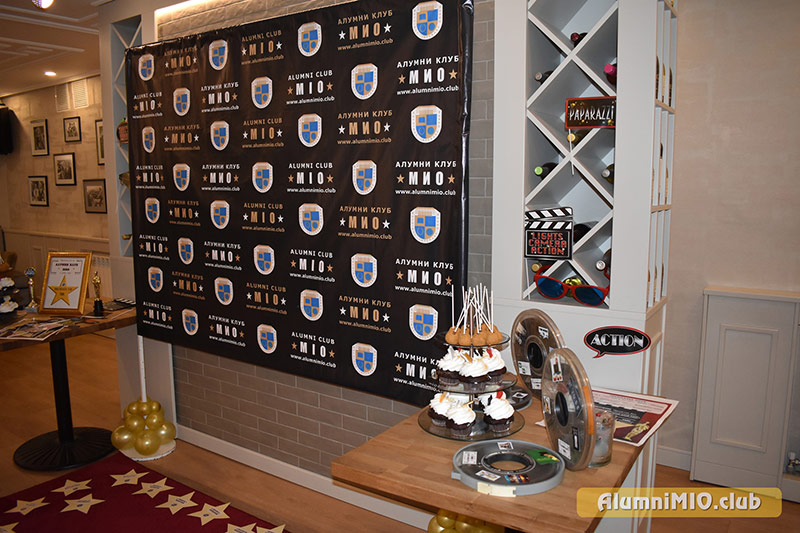 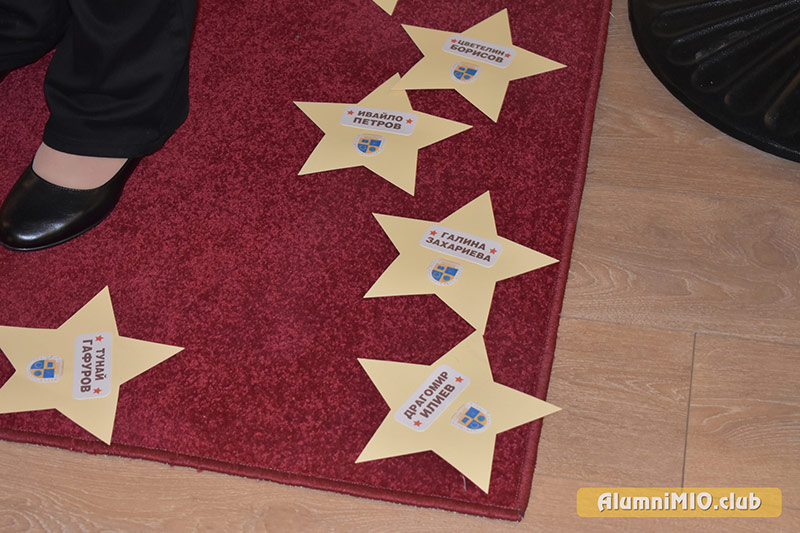 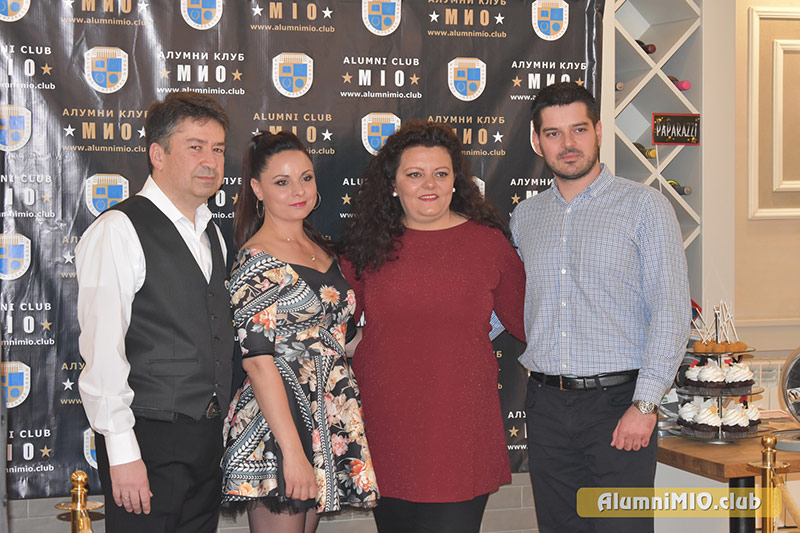 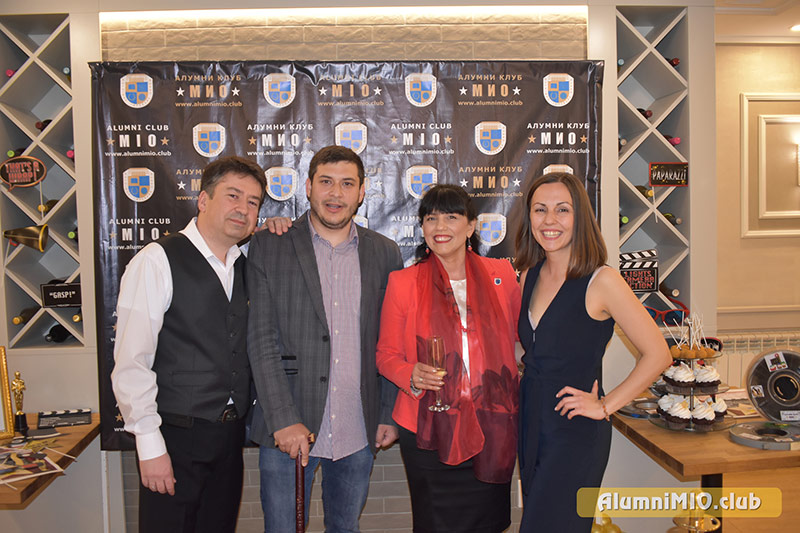 Since the theme of the last photo contest of the Club was “Life is short, art is eternal”, the second challenge for this year's Ball was everyone to bring their creative projects to present before the others. The art subjects formed an improvised exhibition corner, and later they were given through a lottery. Selected items were offered at an auction with an explicit bid, and the funds raised would be used to support future alumni activities.

More information about the event at www.alumnimio.club