On Saturday, March 17, 2018 students and graduates of the Department of International Economic Relations at Dimitar A. Tsenov Academy of Economics met for the seventh consecutive year in Svishtov. The organizer of the events was the Alumni Club IntEcoR, set up on March 12, 2011, whose main purpose is to promote and strengthen the relations between the graduates of the Department after their successful graduation in bachelor, master or doctoral degree.
In the previous years, the events had a strong career focus - the students went through simulations of job interviews, situational cases, assessment centers, entrepreneurship talks, etc. In the role of trainers and consultants of the students were the graduates of the specialty, working in different local and international companies such as Siemens Bulgaria, Eurobank Bulgaria, Adecco Bulgaria, Diversystem, Frontex International, Amway Marketing Romania and others.
This year, the organizers have set some sports and cultural events in order to promote informal ties and "shorten the distance" between the current students, teachers and graduates of the Department, who also represent the business environment in Bulgaria. The events started with an open kickboxing practice at the Sports Club "Bolg" - Svishtov, where Ivan Angelov, Assistant Professor Ph.D. at the Department and trainer in the club, showed basic moves and tricks in this popular sport. The activity was particularly attractive for the younger audience and for the bachelor students.. 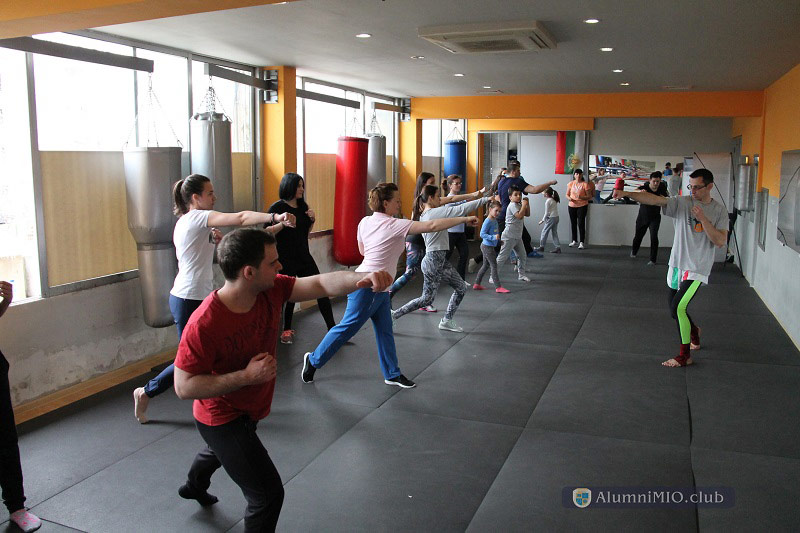 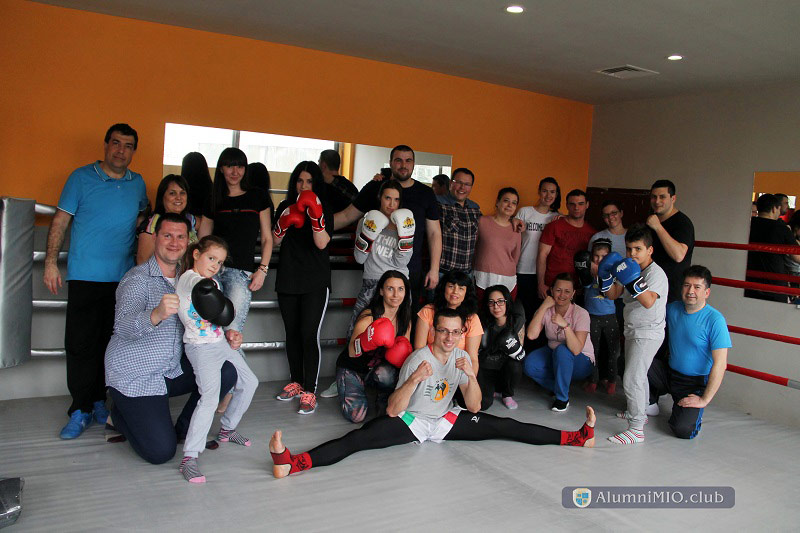 In the early afternoon, the participants moved to the Colourful Hall of Art Center The Creator in Svishtov. The initiator of the next event was Ivan Ivanov, bachelor of class 2013. Barry (as he is best known among his friends) and his charming partner Elitsa Bakalova of the Salsa Spirit Dance Organization - Sofia have shown the basic steps of the hot Latin dance salsa. The enthusiasts in the lesson learned the Cuban style to the point that in an hour and a half they made an almost perfect Rueda. Ivan and Elitsa also showed their new dance sequence, which they prepare for participation in various international Latin festivals during the year. 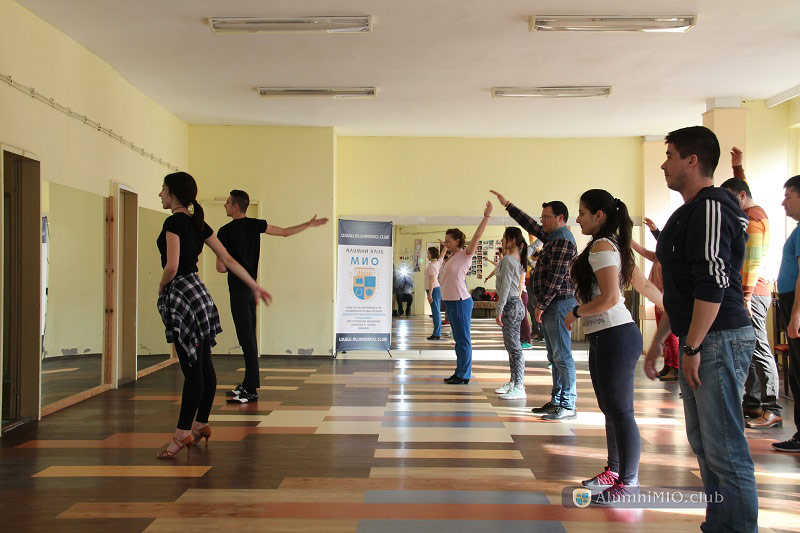 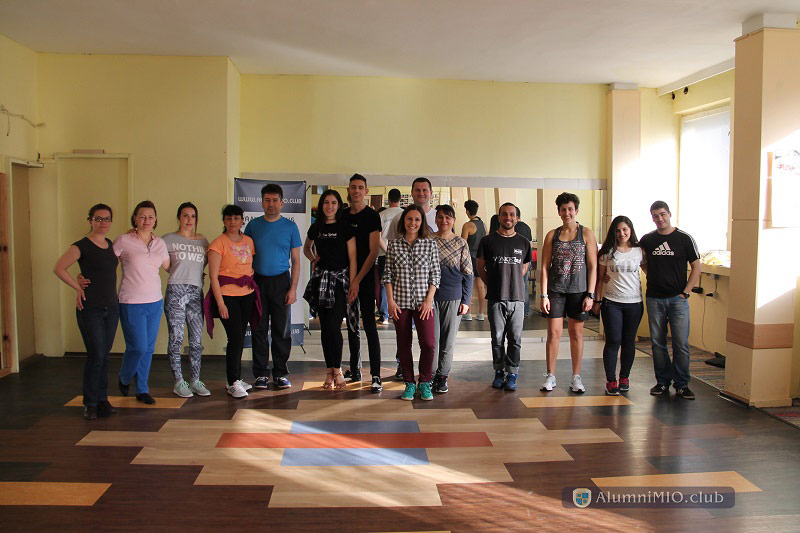 The dance continued with an open lesson from the kind host Yavor Uzunov, who graduated from the Bulgarian National Choreography and Pedagogy with Master's Degree in Art Management at the Academy of Music and Dance Arts in Plovdiv. For 90 minutes, Yavor showed different folk dances from all the folklore regions of Bulgaria and told about their specifics and origin. 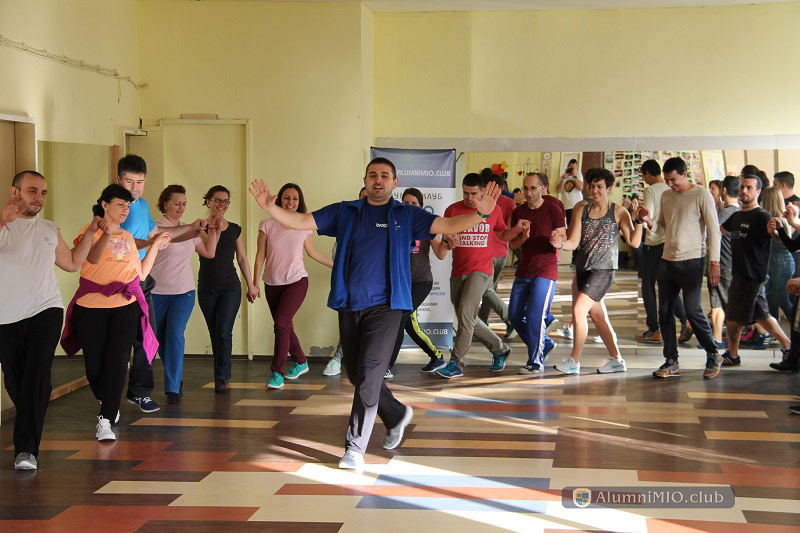 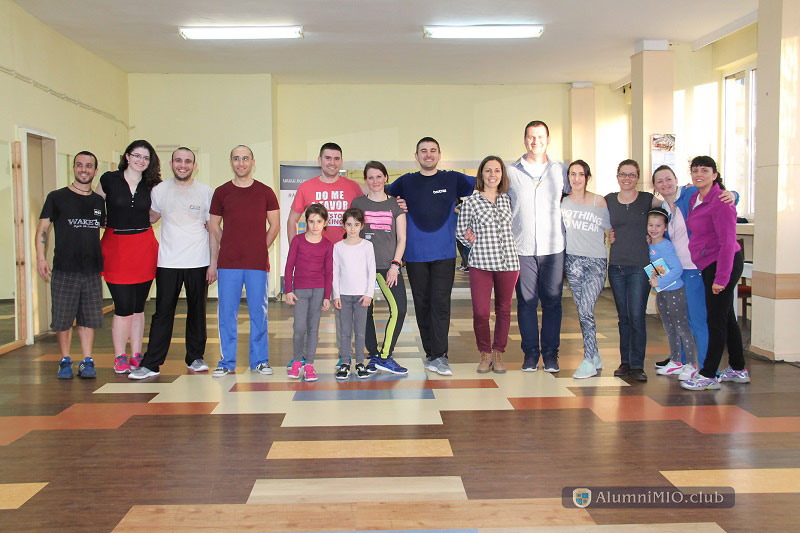 The theme of the traditional Spring Ball of the Alumni Club IntEcoR was "Forest fairies and heroes". It is noteworthy that among the more than 60 people attending the Spring Ball, there were graduates of the 1998 class, a meeting of Group 31, class of 2008, and students of the future 2018 class. 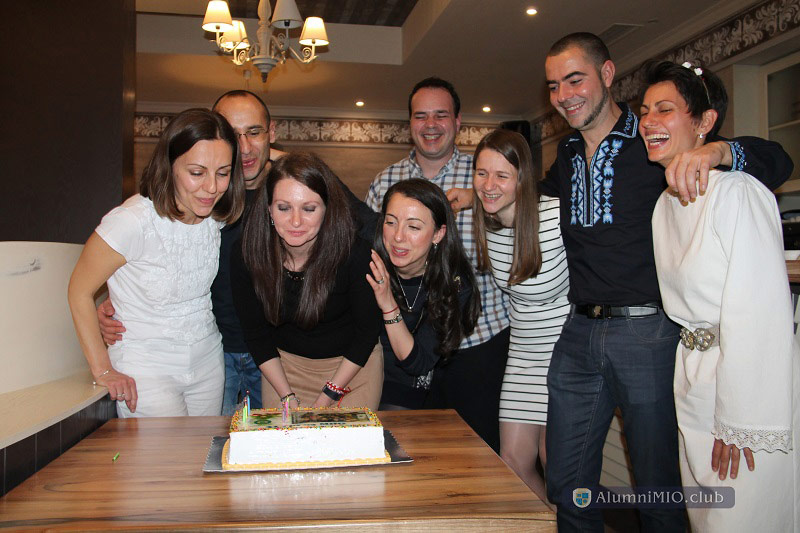 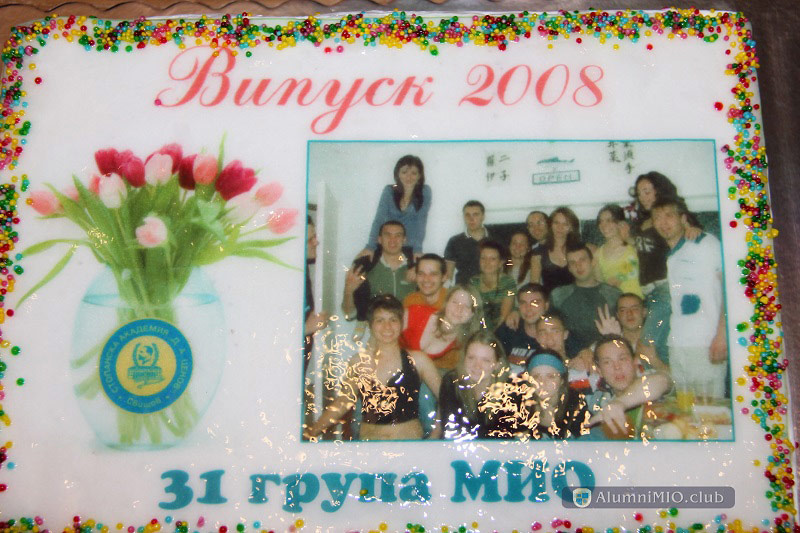 During the official part, the new nominations for full members of the club were presented. In 2018 this honor deserved Head Assist. Prof. Simeon Momchev, Ph.D. and Ivan Ivanov, who received their badges under the numbers 26 and 27, respectively, by Assoc. Prof. Dragomir Iliev, Ph.D., member of the Club Board. 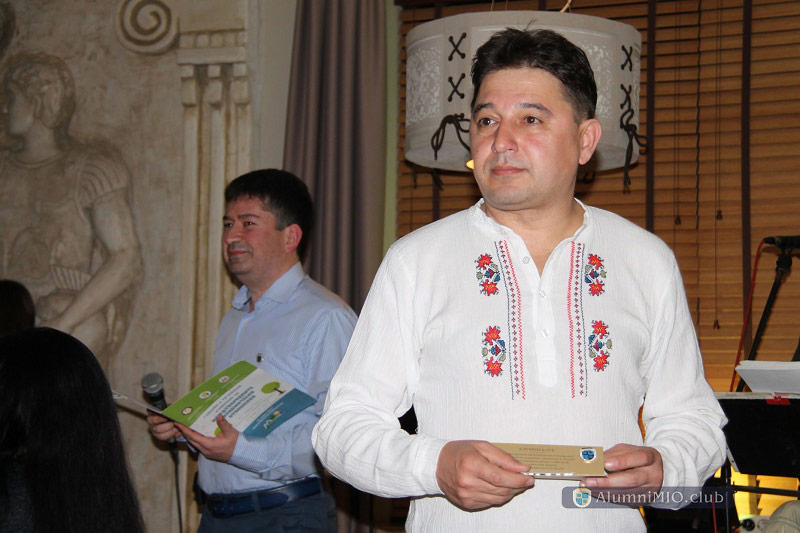 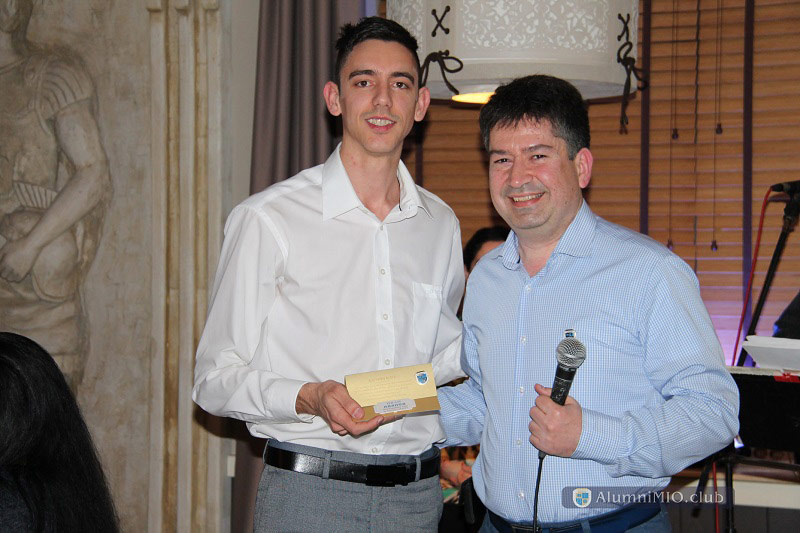 Alumni Club IntEcoR is part of the Alumni Association of the Dimitar A. Tsenov Academy of Economics - Svishtov. 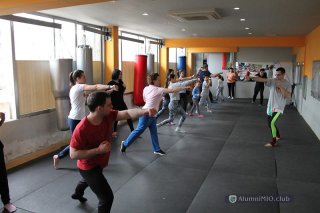 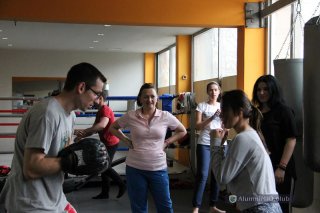 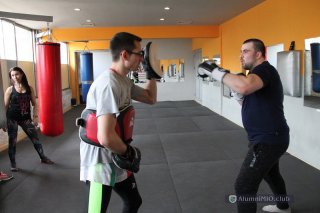 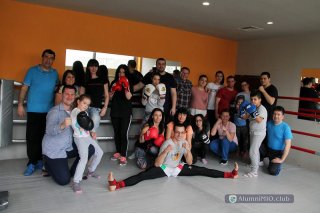 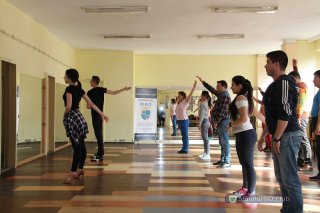 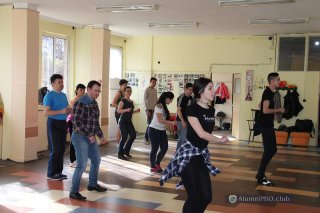 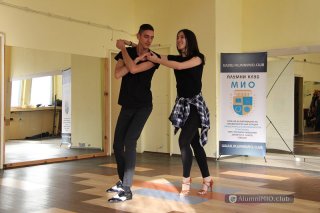 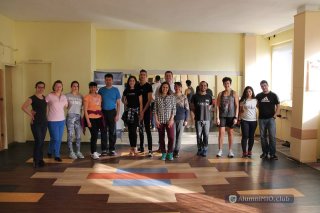 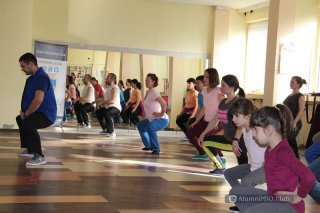 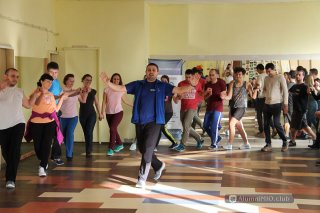 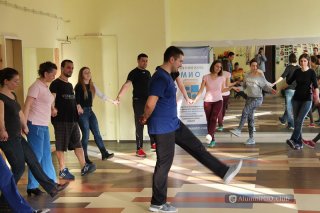 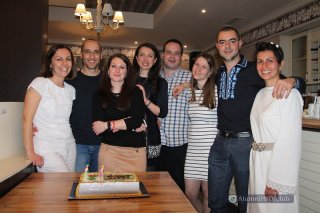 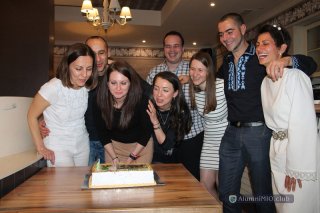 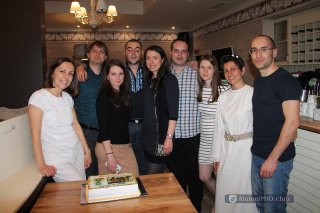 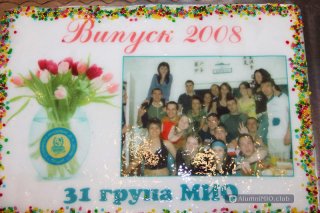 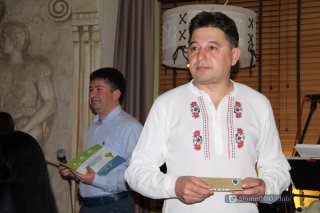 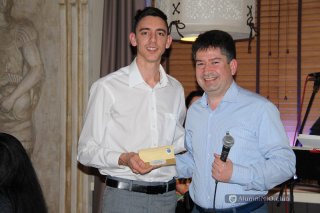 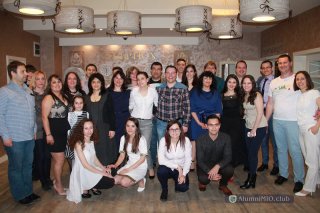 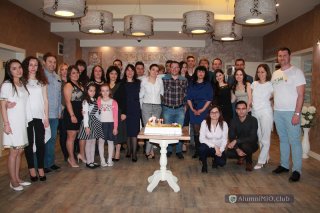